Ewa Kotus: The films of the Forest Film Studio of Polish State Forests delight jurors at film festivals around the world. And it’s hardly surprising, as they are always prepared at the highest world-class level. I’m not going to list the 2022 awards at all the festivals, because there were really a lot of them, I’ll discuss the awards at our international festival in Warsaw.

The jury of the 17th FilmAT Festival, chaired by Zbigniew Żmudzki, awarded this year’s prizes to the beautiful films of the Forest Film Studio in the theme of Documentaries and Reportages:

Pictures from the film „Forest pollinators”

Pictures from the film „Forest pollinators”

„Forest pollinators”
First prize in the Ecology and Environment category

„The life of the forest. Orchids”
First prize in the Ecology and Environment category

But the awarding of these prizes has not yet satisfied the Jurors.These films should work, they should teach.They began to reflect on their contribution to science. They can all be categorised as educational films, but one of them, ‘Forest Rivers’, touches strongly on some of the most important issues facing our planet that scientists are working on. And so, the jury presented its proposal to the Board of Directors of the International Tourfilm Academy and its president Alexander V. Kammel, to award this film the Tourist Owl statuette.

Alexander V. Kammel: This is a very good film, blending the scientific view onto the forest rivers, it´s fauna and flora and the current problems these rivers face nowadays. It also shows the pros and cons of tourism in this sensitive environment. The film speaks very open about these challenges with very appealing images. 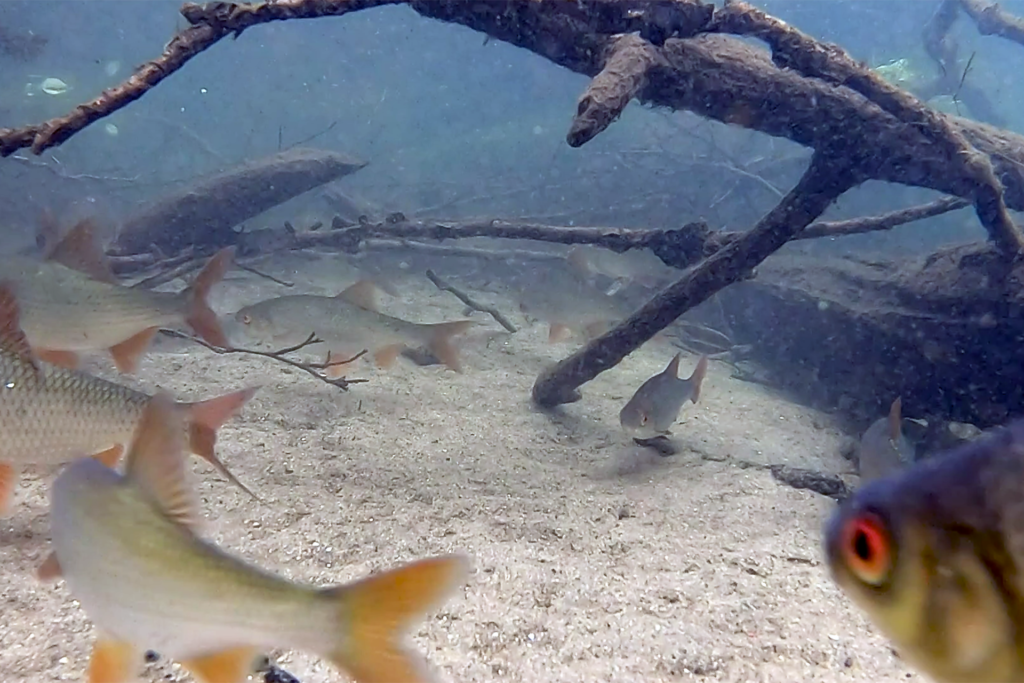 Ewa Kotus: A few words need to be said here about the tourism film and its history, which goes back to 1989, because it was 34 years ago that the International Committee of Tourism Film Festivals CIFFT was founded in Vienna, with your dad, Rudolf Kammel, and you, Alexander Kammel, choosing the world’s most beautiful tourism film for the first time. It was a major event in a year of great change in Europe and the world….

Alexander V. Kammel: Over the years, the demands of the market have grown. The Internet appeared, which became the widest platform for film distribution. Nowadays Highspeed internet demands the best quality to ensure viewers to stay and watch. Therefore, such impressive films, prepared by professionals with the use of the best equipment, presenting the power and charm of nature, with a great message for the world, are very valuable. To show the importance of clean water of the forest rivers in an unspoiled natural forest fauna and flora makes a great impression today. The message being that the less we interfere with the river system, the kinder nature is to us. Renaturalisation is the trend today. Once regulated rivers are being gradually reconstructed, their floodplains are being rebuilt, their banks are being reconstructed in a way to slow down the water.

In countries that have strongly experienced the negative effects of environmental degradation, and where the public is beginning to realize this, the slogan “we can’t afford not to protect nature” is important, so large funds are allocated to its protection and restoration of what has been destroyed by humans. And how important are rivers? After all, human settlement from the beginning was concentrated in river valleys…

Alexander V. Kammel: In 2011, the powerful film “Famadihana” about the traditions of Madagascar, difficult for us to understand, led us to create the Tourist Owl statuette. Not everyone will be able to participate in such a rite, and scientists as well as tourists need to know exactly how it goes. And so we created the “Tourist Owl” statuette, and Jacek Podlasiński, a well-known sculptor, created a sculpture of an owl with wings ready to fly…

Ewa Kotus: For the second time, the ‘Tourist Owl’ statuette goes to the Forest Film Studio of the Polish State Forests. The first was awarded in 2016 to Tomasz Ogrodowczyk for his reconstruction of Włodzimierz Puchalski’s nature films. Why is the film ‘Forest Rivers’ so important?

Sławomir Skupiński: Poland is among the countries facing water deficit. Forests, on the other hand, have a beneficial effect on hydrological resources, with a water-protective and retention function. They are also mainstays of wild rivers today. Here we have still a unique opportunity to observe the natural processes in the environment. The river, naturally meandering among the trees, unenclosed by concrete frames, cleared, aerated, with fallen branches forming hollows gouged out by the stream, is the essence of nature, a natural habitat and reproduction site for fish and other organisms that are related to this environment. 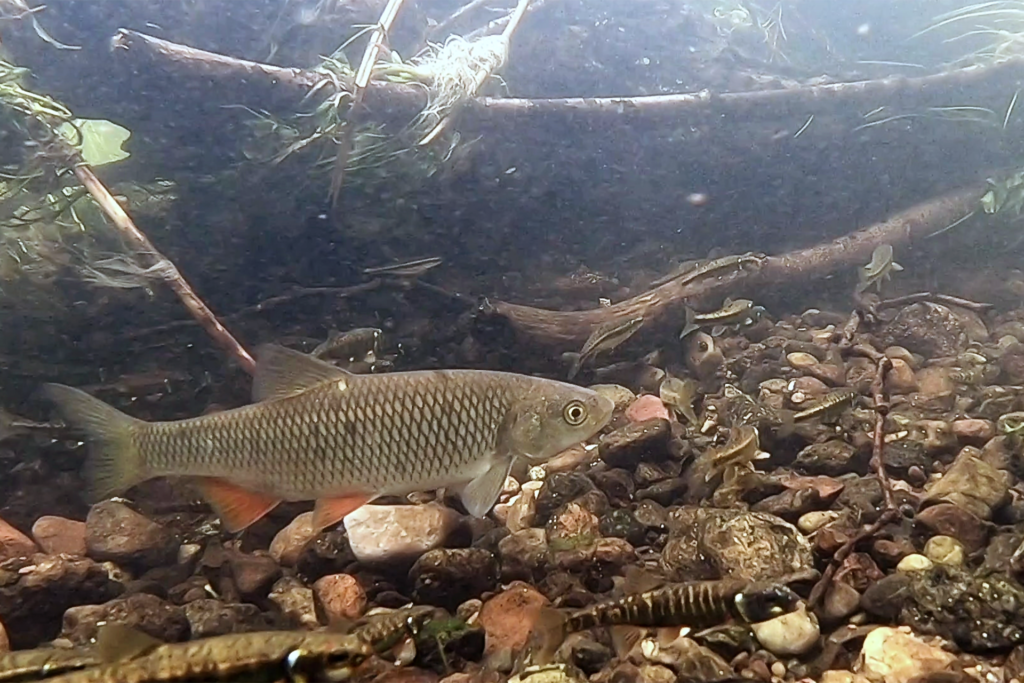 Picture from the film „Forest rivers”

Ewa Kotus: And indeed, this water shortage is a huge problem for the whole world. More than 2 billion people worldwide do not have access to clean drinkable water, the problem affects 100 million people in Europe. This ongoing water crisis is the result of climate change, which is desertifying many areas of the world. And against this background, these filmed ‘forest river sections’ are indeed unique.

Sławomir Skupiński: Yes, our film draws attention to the need to protect river biodiversity. Foresters protect the “forested” sections of rivers and their associated flora and fauna. This, in turn, is extremely important in terms of the country’s overall hydrological management and water retention process.

Ewa Kotus: The strengths of the film are the beautiful images that introduce us to a world of perfect nature. We take a walk guided by the eye of the camera through the forest, looking at the river and the lush, strong green vegetation, which is vibrating with freshness. It is very important to understand how important water is for nature and how important it is for us. Is it difficult to take such pictures? One film of yours probably requires the shots of many filmmakers?

Michał Ogrodowczyk: No one needs to be convinced of the great importance of water for nature and for ourselves. It is enough that it is missing, if only for a moment, and we have a huge problem, often turning into conflicts. Communicating this information through commentary and beautiful film shots took hours of work and the commitment of a number of people. I often say that a nature documentary is very difficult to make working alone. The cinematography for “Forest Rivers” was shot over several months by a group of specialist cameramen. Thanks to their great knowledge and work, we can now admire the variety of shapes, colors and natural diversity of our rivers from different perspectives. We see it from ground level, we see what happens below the surface of the water, and we also see what the river looks like from a bird’s eye view. These are shots that often surprise us with their extraordinariness and uniqueness. I think this way of portraying our rivers, especially those meandering in the midst of forests, will allow the viewer to understand how important they are.

Ewa Kotus: Of course, talent and passion are important, but the top-class film equipment that Forest Film Studio has is indispensable, isn’t it?

Michał Ogrodowczyk: Yes, this is true. All these mentioned elements in combination are very important in filmmaking. Cooperation and mutual understanding between the members of the production team are also important, because even the best film equipment is not enough to make a good film. Here at the Forest Film Studio, this has been the case for years; we form a harmonious team. This gives us the strength to take on further challenges and create further film works, in which we describe first of all the beauty and richness of Polish nature, but also the problems affecting it.

Ewa Kotus: And now the most important question, to the film’s director. How did it happen that such a beautiful film was made, which lifts jurors all over the world out of their chairs and which, by the decision of the International Tourfilm Academy, was awarded the Tourist Owl statuette?

Sławomir Skupiński: Thank you, I admit to being intimidated by this unexpected success. The idea of a film showing the forest in a different way, from a different perspective, has been on my mind for a long time. Ever since I was a child, nature and animals have been particularly close to me, and I have had contact with them in many different ways: from nature films, which kept me glued to the black and white TV screen, to observing the then common amphibians, insects, or by fishing trips, first with my grandfather, then on my own, exploring the mountains, and finally aquaristics. The prose of life moved me away from observing nature “Live”, in the field. After some time, I managed to return to the forgotten passions from my youth by taking up a job at the Forest Film Studio, where various film productions are made for the forests. I thought it would be great to show what happens below the surface of the rivers that flow through the woodlands. After all, we can assume that the fish and other organisms living there are also forest animals and at the same time highlight the problem of water deficit and show the richness and beauty of the organisms living under water. The rest of our team caught on to the idea. And so the script and commentary for the film began to emerge. The work gained a lot of impetus after we started working with Paweł Vogelsinger, who had specialized in underwater photography for years and had a large archive of valuable material that we could also use. Overall, the realization work went very smoothly, and we were able to complete the project in a year, as we already had some of the pictures taken in previous years. The whole thing was complemented by Bartek Klamra’s fantastic aerial cinematography, but of course all the members of our studio made a huge contribution to this production. I would like to mention production manager Michał Ogrodowczyk, our collaborator Kuba Stacherski – their photographs also make up this work, and Ela Trzonek, who is an important member of our team, taking care of the documentation background. Thank you again for this award on behalf of the entire Forest Film Studio team.

Ewa Kotus: Thank you for the interesting conversation and the great dose of knowledge you have given us.